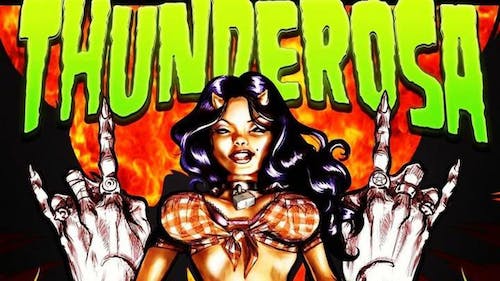 That's a long time to be on the planet, let alone in a band. Thunderosa is a cosmic entity. A driving force in all that is righteous and true in the universe of rock and roll! Started back in Tucson, Arizona in 1997, with the help of a few friends, we managed to crank out a few hundred shows, a couple tours and a cassette between the years of 1997 and 2000. 2000 found us back in Syracuse, NY, a town in desperate need of the Thunderosa nitro fueled injection! Once again, a few close friends rallied around us and we got this train rolling. Between 2000 and 2004,we managed to crank out multiple tours, hundreds of shows, 1 CD and tracks on multiple compilations. We made some amazing friends and played with some amazing bands; Southern Culture on the Skids, Reverend Horton Heat, HankIII , Nashville Pussy,ZEKE, Supersuckers, Chevelle, Head PE, Nine Pound Hammer, Fuel, Vince Neil, Truckadelic, Social Distortion, Ted Nugent, Skid Row, Twisted Sister, Doobie Brothers(yeah,those doobie brothers) and many, many others. We made a good run at it and once again cemented the Thunderosa brand in multiple brains and ears. 2005 found us in Austin, Texas. We figured the band was over and 8 years was a good run. Well we were wrong! People recognized the both of us at SXSW and that was all it took to kick the beast back into gear again. It was only a matter of time until we found some folks to get in the squared circle with us, again. Long story short, here we are in 2018....1000's of shows,10’s of thousands of miles, multiple national tours,4 cds and many a weary ex-band member later, Thunderosa is still cranking out the hits. Older,wiser(?)a little slower to get up in the morning, but always ready to fight the good fight. 100%pure rock and roll stomp laid out at every show! Gazillions of miles under our belt and thousands of great friends, family and fans! We're ready for thousands more! Come on and join us! It's all good. We love y’all! You're on the list......THUNDEROSA FOREVER,FOREVER THUNDEROSA 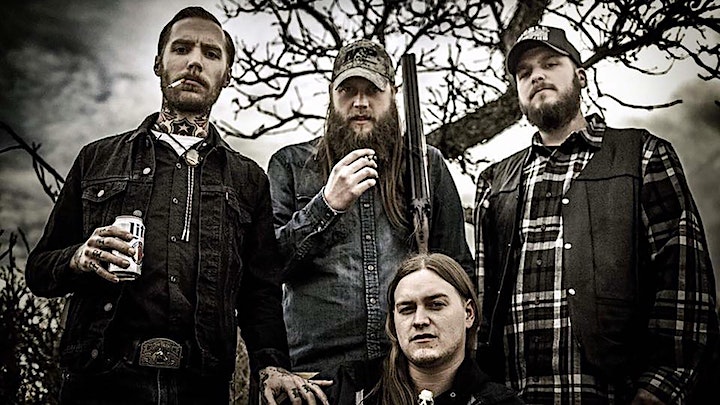 Forged in the hills of Kentucky and tempered in the mountains of Colorado, Saddle of Southern Darkness is rapidly carving a path across the country to deliver you a sound as tenebrous as it is true.

"The Southern country Twang is evident straightaway in the guitar playing style on the opening track 'Compelled To Dig' and this element is carried throughout the album as one of the core features in the band's sound. Metal heads aren't typically into country music, but brothers, Trent and Chase Williams sure are, and they do their best to turn metal loving listeners onto country with the clean-old-school metal style of vocals and the dark undertones metal heads may easily identify and relate to."

"What started as two brothers recording the layers to compose a song the question arose; how would we play this live? With trial and error of Resonator/ Steel guitars and Mandolins strapped to mic stands, we have been able to achieve our sound in a live setting with the addition of our rhythm section."

Utilizing select elements from a variety of classic genres, Saddle of Southern Darkness has woven together a gossamer synthesis bound only by the most clandestine curiosities.

"The band’s unique sound was inspired by metal artists such as Bathory, Dissection, Grave, and traditional country artists like Hank Williams (Senior, Junior, and III), George Jones, and Wayne Hancock, to name a few.”