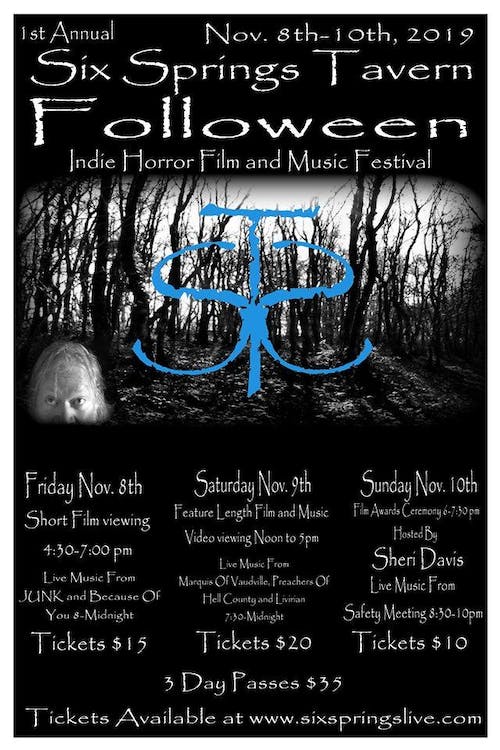 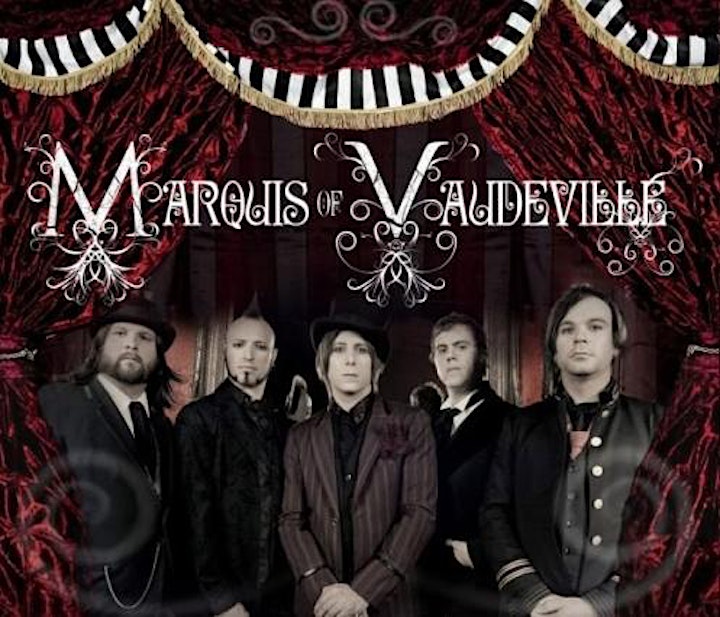 Having the ambitious wish to propel the entire world into a melodic vortex, Marquis of Vaudeville emits an extraordinary sound that spirals listeners on an utterly imaginative, musical merry-go-round. One never knows what moodswung journey they’ll embark upon once these musical highwaymen hijack their consciousness.

With imagination at its core, the theatrical flair and intriguing nature of their songwriting has grasped the attention of music lovers from the most critical of music elitists to the average radio listener. Although performing frequently at festivals and pop culture fandom, goth/horror, & steampunk conventions, the musical menagerie is widely known for their own extravagant Vaudevillian inspired sold-out spectacles such as 'A Clockwork Wonderland: Through Aether & Mysterium' (whose live video for 'Utopian Playland' won 'Best Performance Video' at Radio KSCR's Music Video Awards), 'Gadgets & Gobstoppers: The Twisted World of Wonka', 'Unlucky 13', and the show that shares the grandiose title of their ambitious debut album "The Great Promenade of Fools & Ghosts"(album available at movmusic.com).

The group is known the world over for their progressive, carnival-esque, punk-cabaret stylings, fusing timeworn elements of the old world with newfangled innovation, a sound they've dubbed 'melodic mischief' due to the music's mysterious, yet playful nature. With their new album ‘The Tragic Valentine’ (released Halloween 2017) Marquis of Vaudeville has set the creative bar higher with this alternative rock opera full of anthems, ballads, and waltzes, and their video for the single We're All Mad Here continues to win accolades at film & music video festivals across the globe.

Internet and terrestrial radio such as Texas’ leading rock/alternative stations 97.1 The Eagle (Dallas), 102.1 The Edge (Dallas), 94.5 The Buzz (Houston), as well as Boston Rock Radio, and The Real Radio Show out of New York have embraced their music and featured such songs as 'An Ordinary Day'; a theatrically twisted punk-cabaret thrill and 'Corps of Night'; a rebellious rock anthem to lead the lost and hearten the forgotten. MoV also performed in 2015 at 102.1 The Edge's major music festival, Edgefest, with other artists such as Death Cab for Cutie, Modest Mouse, and The Offspring.

The act has composed and licensed music for a variety of film projects & television shows such as the syndicated series 'Charmed' & Showtime Network’s hit series 'Dexter'. They've also been featured in such publications as Alternative Press, Buzzfeed, Huffington Post, Race Point Publishing's book 'Anatomy of Steampunk' as well as 'Gearhearts Steampunk Glamor Revue'.

Hate them, love them, they demand the world take notice, and desire to incite something genuine, to inspire sincere emotion despite the world’s mind numbing mediocrity and generic mass production. Marquis of Vaudeville is a tantalizing flavor for even the most finicky musical appetite. 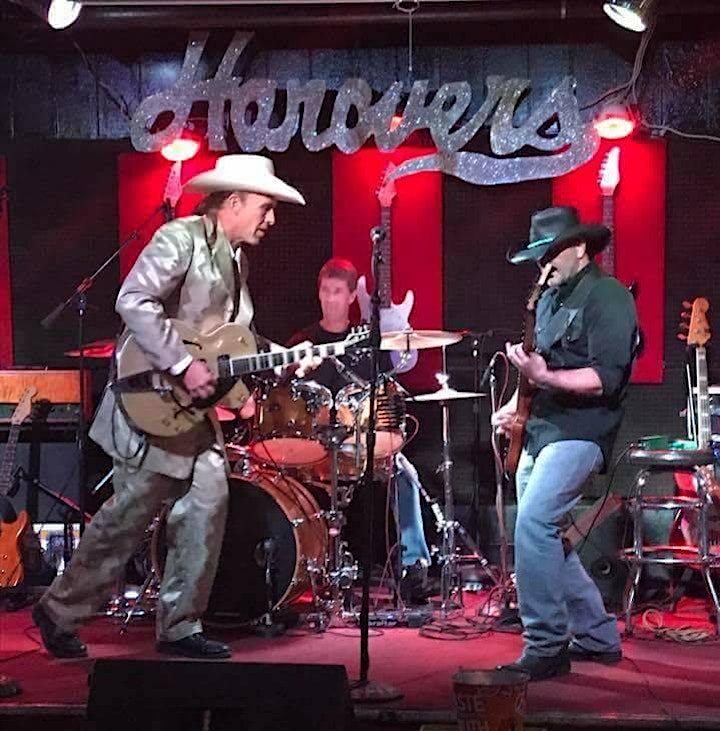 Preachers of Hell County bring a unique blend of psychobilly and western swing to formulate a sound that has won many fans sharing the stage with artists from death metal to two step country. Based in the Lone Star State, Live Music Capitol of the World, Austin, Texas these guys bring both a visual and musical performance that places them in a category unto themselves.

The innovation of guitarist, singer, and composer, C.V. Wood would not be complete without the principals of power that are upright bassist – John Lewis and drummer – Abe Combest engineering this symbolic train of sound on down the tracks. Many purveyors of this power trio have garnered the Preachers to the likeness of Reverend Horton Heat, Hank III and Primus. 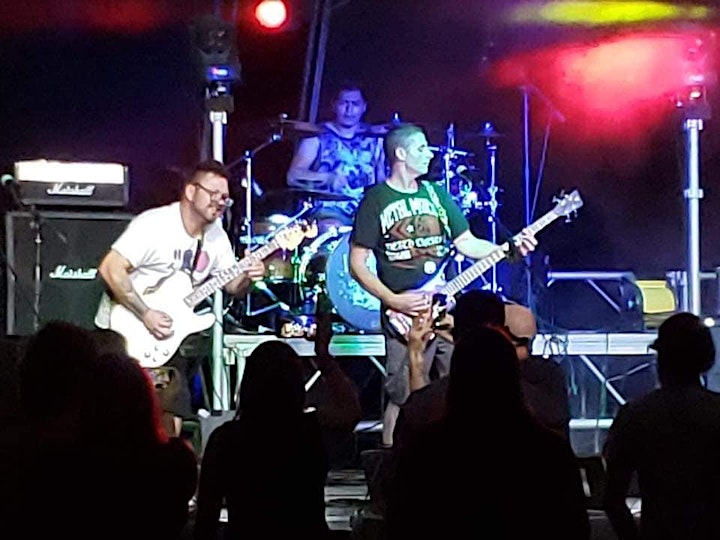 Modern/Hard ROCK out of Dallas! 4 years in the making.