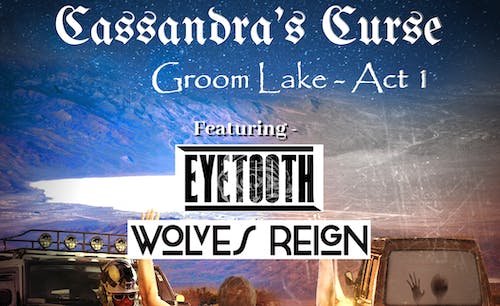 Cassandra's Curse is not what you will hear on the radio. The band started a decade ago, and this Heavy Progressive Rock outfit has been through several line-up changes. We're on our way to finishing our second album, soon to be available to Prog lovers! Cassandra's Curse, in its current avatar, is Buddy "Metric" Griffin, Kelley "The Viking" Raines and Charan SpidaFingaz. In a spectrum crowded by light and dark, they deal in the greys. The band is a culmination of Progressive Rock / Metal with songs replete with intricate technical details and unexpected left turns, this really is music for the aficionado.

Eyetooth builds upon the established Progressive Rock framework (of non-standard time signatures, and through-composing song structure), adding emotionally significant lyrics delivered in conjunction with improvised dance and visual art. The diverse influences of the individual members create a sonic quality that blends familiar concepts of experimental and heavy rock with an infusion of Latin and Caribbean rhythms, and the complexity and virtuosity of jazz and classical music.

"To say that somebody has cut his eye teeth means he’s wide awake and isn’t easily fooled. If you’re cutting your eye teeth (or just teeth) on something you’re gaining experience in a situation you’re new to.” 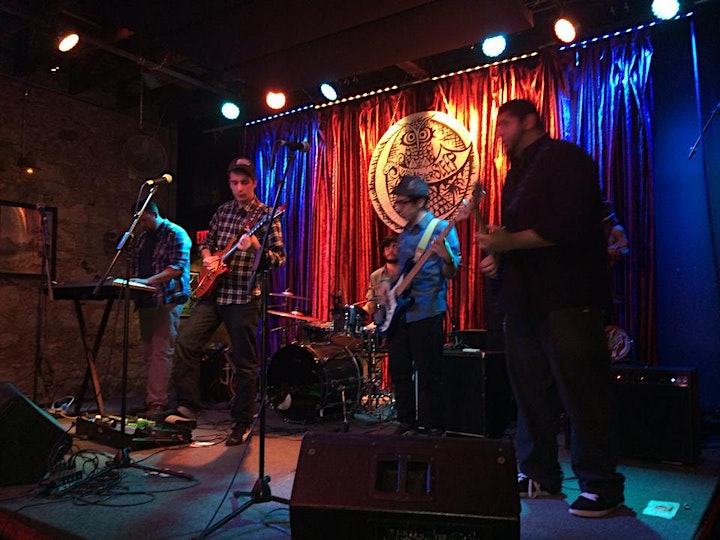 Wolves Reign has been described as "WTF", "Having a lot in a melting pot", "Making a familiar and yet distant sound cool again", and "Great song-writing, with excellent performance value".

We believe that nothing is more important to a music scene than bands that innovate. We attempt to innovate at every turn, and are motivated by that statute in order to bring a complete identity. It's 7 guys who listen to different things from Reggae to Classical to Funk to Stoner Rock to Progressive Rock, and everything in between. As a result, we find challenges in creativity from how songs on not only written, but also in how they are arranged, how to make ideas be interesting while being effective towards the listener, and being able to convey them well. Wolves Reign loves to switch instruments because we feel that in every different line-up, we become a different band, which allows for a eclectic sound that is not heard all too often in the Dallas area. Still, if you enjoy what you see, what you hear, or even if you don't, let us know. We love to learn, and constantly pushing ourselves is something that keeps us refreshed.

Some of Wolves Reign's credits include winning a Gorilla Music Battle of the Bands, playing a show opening for Hawthorne Heights at the Dallas Music Festival, and getting an episode on Rockin' DFW.